The emergence of data analytic tools like WKO and Golden Cheetah allows coaches to analyze an athlete’s power duration curve and obtain that athlete’s phenotype. A Phenotype is just a fancy way of describing what type of rider an athlete is. 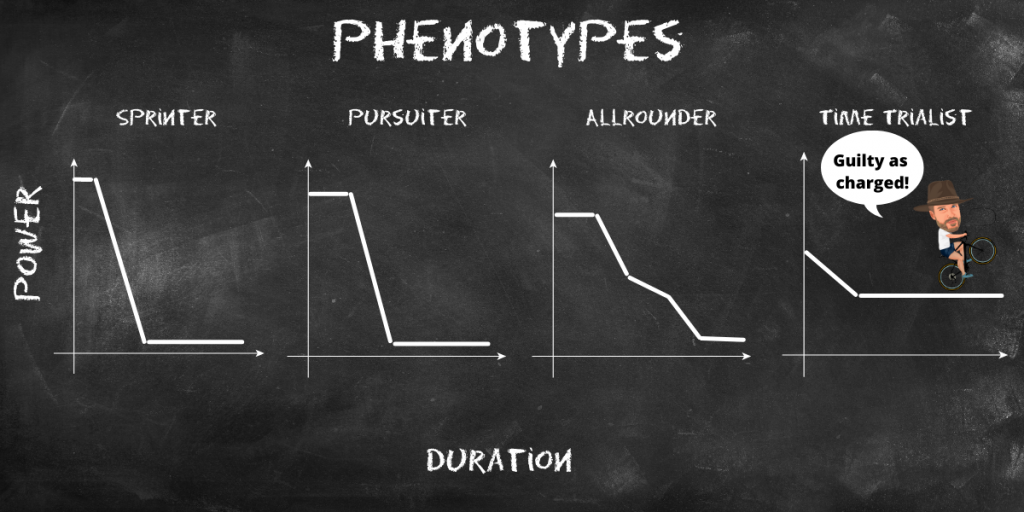 For example, a sprinter has great power production from 1-20 seconds but comparatively lower aerobic power. A pursuiter excels from 20 seconds to 2 minutes but also lacks aerobic power. An all-rounder produces good but not spectacular power across all power durations. Finally, a time trialist has high power for long durations but can’t sprint to save their life.

That might not sound revelatory, but it is because, for the last 15 years, cycling training obsessed over one thing – functional threshold power (FTP). 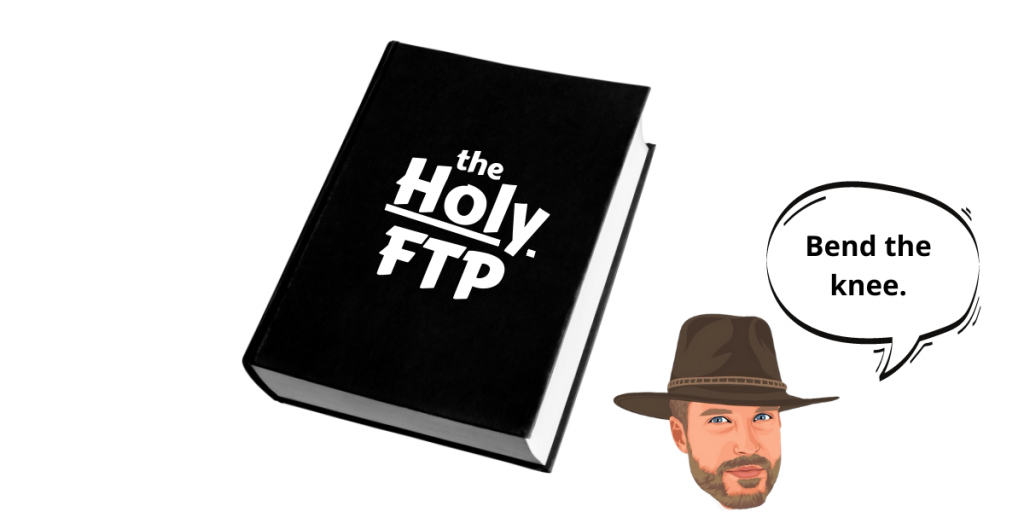 FTP is the universal term cyclists use to describe their fitness.  What is it? I’m afraid to describe it because even defining FTP is enough to cause a full-blown war in any cycling forum, but here we go:

"Functional threshold power is the highest power a rider can maintain in a quasi-steady state."

I didn’t make that up, people with letters behind their name did, and for application and simplicity’s sake, I’m rolling with that. Important sidebar: You don’t need to perfectly define metrics to have a productive conversation.

Why do athletes talk about their FTP? Because it provides a simple, nuance-free marker of how fit an athlete is. This conversation happens often. In real life, you’re post-race swilling down beers, and the conversation goes down like this: 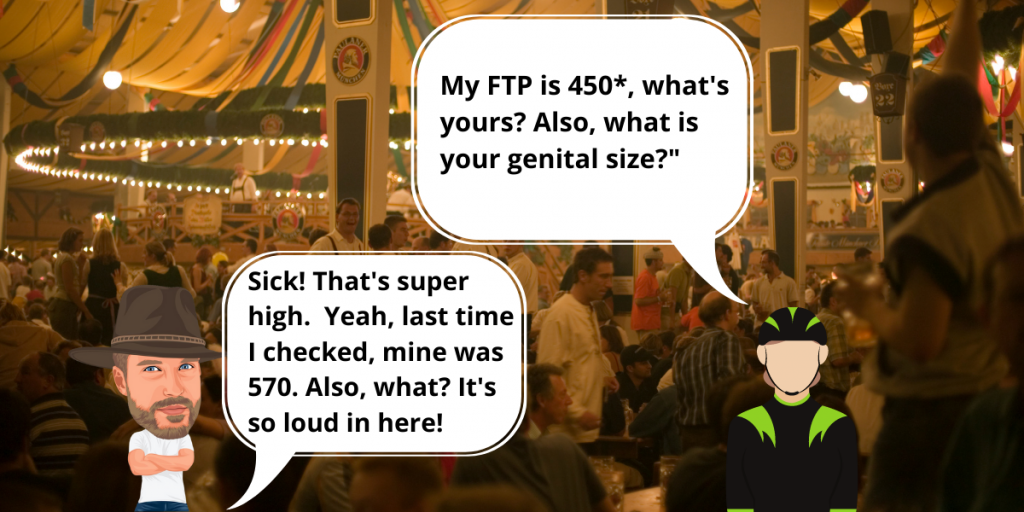 If you were observing all this, you could see peacock feathers flying everywhere.  Sidebar: when they say ‘My FTP is 350″, they’re referring to a test they did in 2011 on a power meter that reads high, but I’ll get to that in another article.

FTP featured in the post-race beer gardens of races for years because it was a universally understood endurance metric to measure improvement and establish a status hierarchy. In recent years, however, WKO and Golden Cheetah smashed that paradigm.

Now that analytic software could look at second by second power over an athlete’s entire power duration curve, many coaches and athletes could see what few coaches admitted – FTP isn’t everything. You know this intuitively when you watch a bike race, but because you like fun, you’re probably not thinking about the physiological energy systems, so it’s hard to put into words.

Think of it this way – when you attack in a group ride or race, what do you do? You put out a lot of power for a short period to create separation from you and that group and hopefully create enough distance between you and the rider/group to prevent them from holding your wheel and drafting.

When you attack, it’s usually short and unsustainable, which means that you’re relying on your anaerobic energy system to fuel the effort. WKO and Golden Cheetah came up with FRC and W’ respectively, to quantify an athlete’s anaerobic reserve or an athlete’s ability to produce power over the threshold. Both models derive anaerobic reserve from analyzing an athlete’s power duration curve, have flaws, but remain helpful. These metrics changed the game.

Now a coach could not only ballpark an athlete’s anaerobic capacity, but they could prescribe workouts to improve it and test progression, just like FTP. Because the vast majority of cyclists aren’t competing in Grand Tours, but in races decided by short, repeated bursts of anaerobic power, these anaerobic metrics rose quickly in popularity because of their training utility.

The conversations in coaching meetups and post-race beer tents shifted. 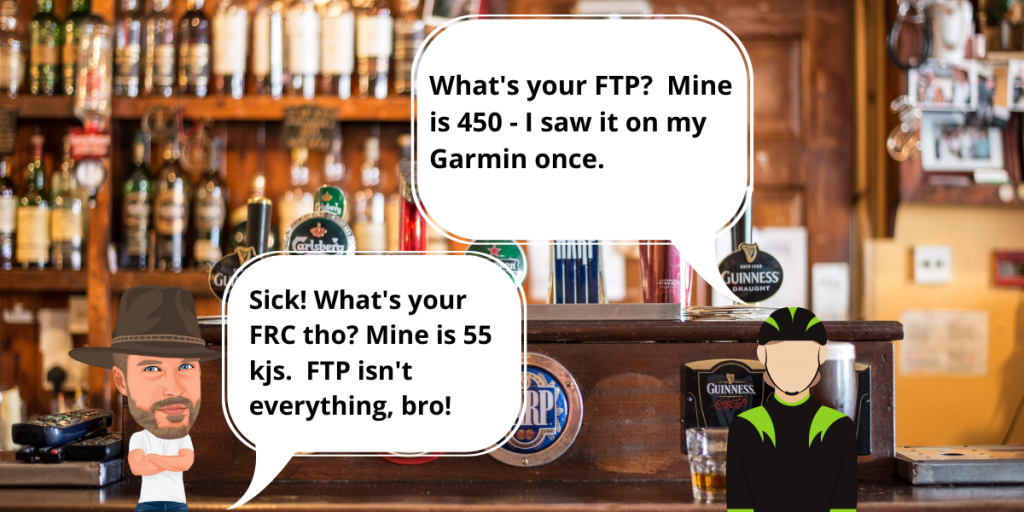 I treasure the conversational shift in emphasis from FTP to FRC, but there’s just one problem – FTP still matters a hell of a lot. 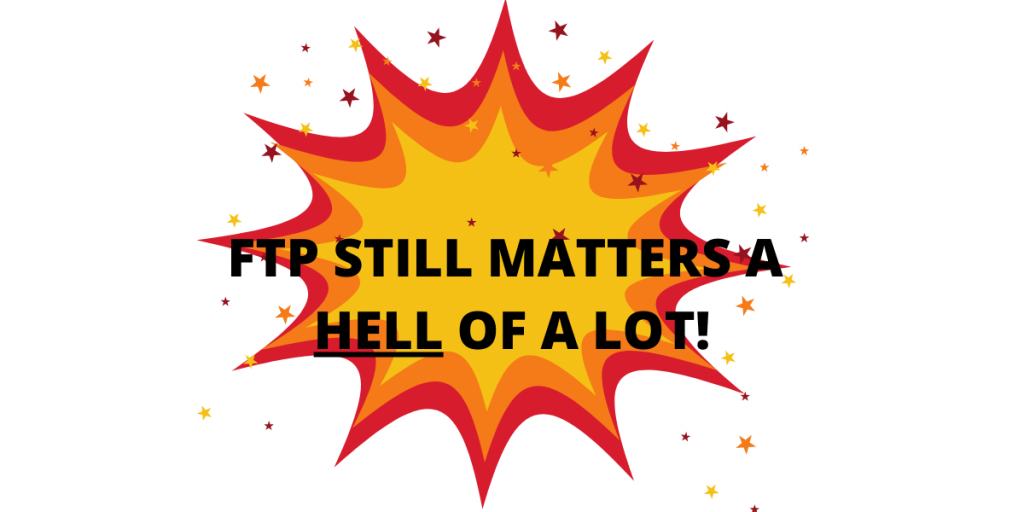 Perhaps my favorite thing to do is arming readers with context delivered through metaphors: 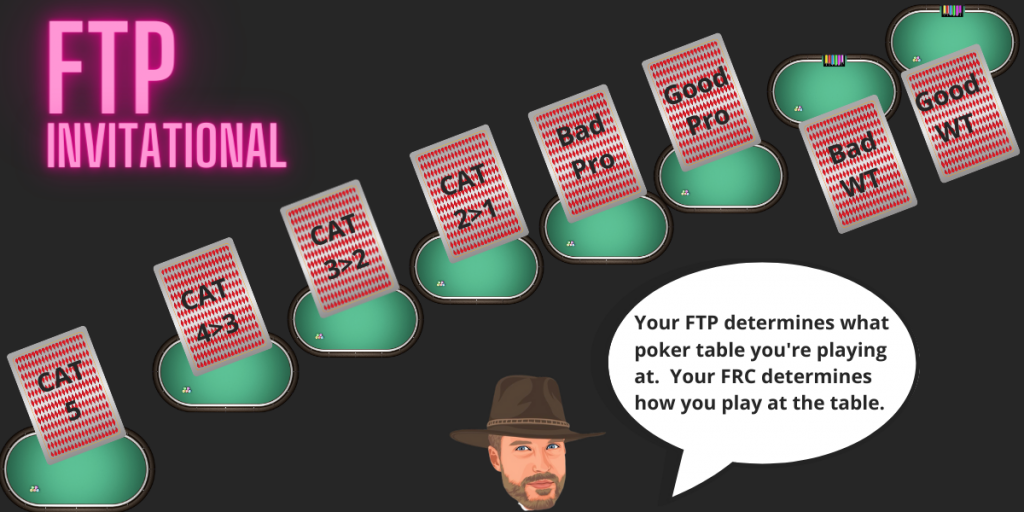 What separates a CAT 5 from a CAT 1, or the lead group of a gravel race from a group 5 minutes back? Functional threshold power.*

What determines who stands where on the podium? For the most part, FRC.*

What many of us forget as we gush over FRC workouts is context. You can have the best FRC in the world, but if your FTP is too low* you won’t be able to compete at the highest poker tables – you can’t afford the ante.

If you want to go up a racing category or get in the lead group*, you should start by trying to improve your FTP high enough to afford to play at that level.

An excerpt from Cyclingtips illustrates this beautifully. Remember when Valverde won the World Championship road race in 2018?

Hunched over a couple of off-season beers a few years ago, a pro racer said something that's stuck with me ever since. He said, "Valverde's just faster." It was a statement without value judgment or opinion. Just fact. He gave a little shrug. He had a sip of beer and went on: "You know when you ride with someone who's just faster? Do you know how you can always tell? They're just faster."

You’ve experienced this. You’ve ridden with someone a lot faster than you. How did you know they were faster?

Because, no matter how easy or hard you rode, they could match you or pull away without even trying.

Sure, you might win the sprint for the town sign, but face it, if you were racing for that, they would drop you before you were even in sight of the sprint.

Before you dismiss FTP, remember the poker table. Which poker table are you at?  Can you play at that table? If not, start there. And if you’re not sure how to improve your FTP, I know a guy who can help you out. 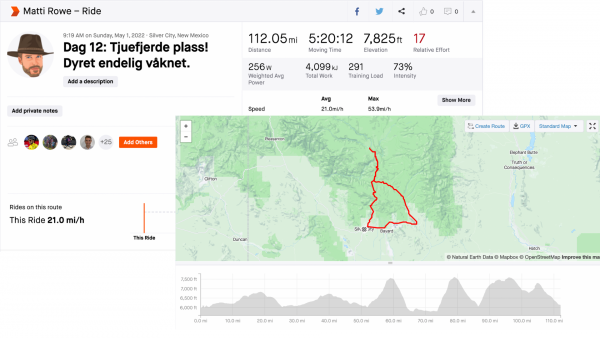