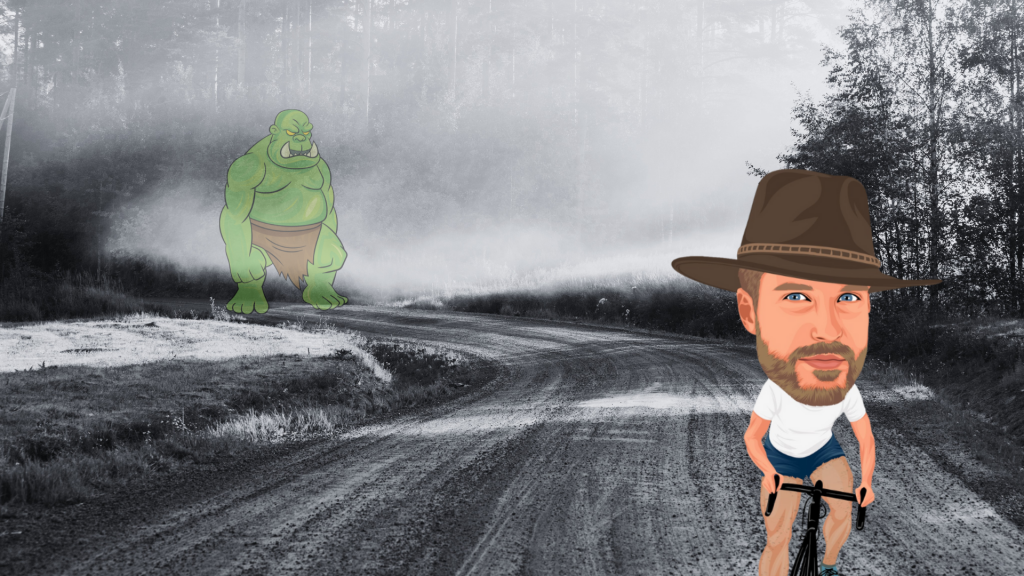 There’s this thing that cyclists do that drives me nuts. They train their asses off. They do all this planning. They pay the race fees and other logistics, burn up their vacation days traveling there and dip into their 401k to ensure they have the latest bike and gear.

I think about this as I sit in the back of a cargo van going to an NRC race with absurdly talented cyclists who have all but put their lives on hold to pursue this insanity. The combined FTP of everyone in this van is enough to move this three-ton vehicle at 30 miles an hour for thousands of miles, but somehow every one of them, before we even arrive at the event, is already pretending they could care less if they went, that they’re sure they won’t place well and are prefiguring various humiliating ways to finish but salvage self-respect.

Me, I’ve abandoned my family for a week for another chance at personal humiliation, but compared to them, I may as well have ambitions at the podium of the Tour de France. As I watch the mountains give way to the desert, I can’t stop repeating the same thing in my head.

You’d think that ten hours in a van would guarantee conversation, even deep connection, but for most of it, everyone but the driver, and then sometimes even him, is fixated on one thing – their phone.

No, this isn’t a rant about phones; it’s just an observation. The observation is that while we have this chance to connect there, at least an opportunity to an early-millennial, the late-Millenials and the definitely-zoomers have distanced themselves from the low-ecstasy opportunities of the moment to get lost in what’s not there.

There’s a parallel, ever-present world available to all if you have a smartphone in which you can carefully craft your narrative to share with the world. If I was trying to be judgmental, I could fault them. Still, the truth is that truth, in some sense, is a matter of subjective consensus. If everyone lives on their phone, the realities we create and project from them are as real as the dingy realities of sitting inside this van heading toward California to an event we’re certain will result in certain humiliation; maybe more so.

What’s clear is that reality is subordinate to online reality. I get that; I even accept it, but what I can’t square is what we’re doing versus what we’re saying versus projecting.

Everyone in this van trains over 700 hours a year. If not actively devoting themselves entirely to cycling, everyone in this van spends every moment not spent working so they can pay rent and bills trying to get faster. Everyone in this van would give their left nut for a top-10 result in an NRC race. We all want to succeed. If we didn't, we wouldn't be here. 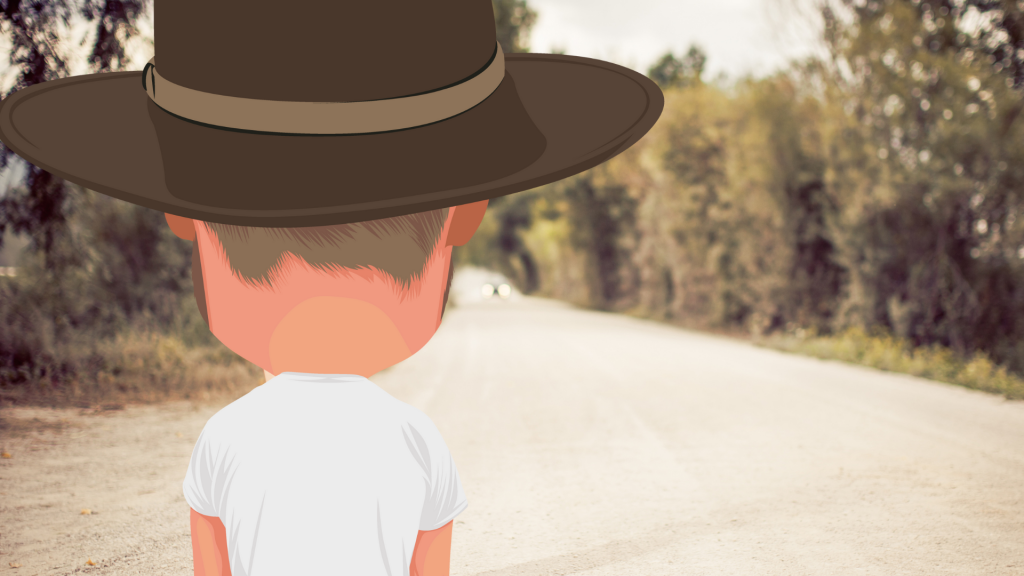 None of this is an accident, but everyone is pretending they’re some goddamn hitchhiker that accidentally got picked up outside Vegas on I-70.

Anybody? You in the back? For the love of God, somebody throw me a bone.

As we passed through Vegas, it hit me – oh shit, duh.

If you try hard and care deeply about something, it sure would be hard to give everything you have and then suck, wouldn’t it? It would be humiliating, wouldn’t it? If you bent everything you had toward something year after year and got crushed, that would be it, wouldn’t it? Your ego couldn’t survive such a naked, brutal evisceration of your abilities, ambitions, and dreams. If you are what you do, and cycling is all you do, and if you were annihilated in competition, it would invalidate your entire life. That’s why everyone in this van is pretending they’re a goddamn hitchhiker.

I am not among them. I openly aspire. I am grateful to be here. I will not light the next eight days of my life on fire to pretend they didn’t matter to me. I don’t have the luxury. I am thirty-five. I have a wife and two kids. A mortgage. A full-time job. A side gig. I am not here to pretend that I spent ten weeks in a row in my basement on Zwift riding for four hours, ripping out intervals at 350 for twenty minutes in the last hour.

I’m here to redeem that. I know that everyone else in the van is more talented than I, that my window to nurse this passion closes with every turn around the sun, and that soon, soon, even if they want me in this van, I wouldn’t be good enough to lay out on the stained benches. 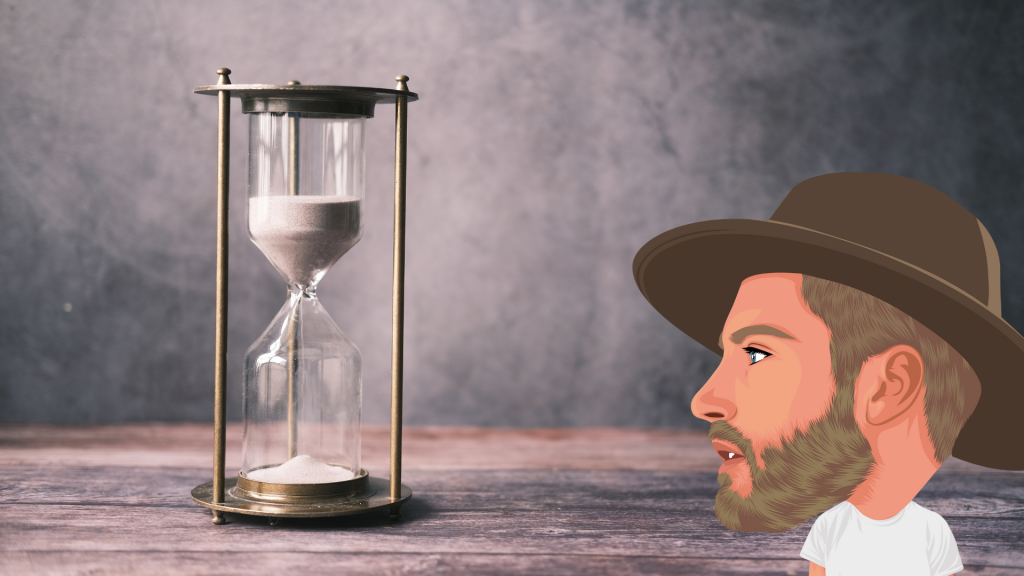 want to grab everyone and scream in their face, “You only have so many goddamn chances. You might never be faster than you are right now, so don’t give me this shit about not giving a shit, and let’s go out and chop some fucking corners and send it.”

But as I intake the breath to put forth the scream against the inertia in the van, I cut myself off and realize, not for the first time, that I’m old already. No matter how much I yell, I will not reach them over the engine’s roar or their phones.

Here’s what I believe though – if you’re going to go through the motion of being all in, don’t pretend you’re not in all. Own it. Say it. That doesn’t mean you should compensate in the other direction – “I’m going to win every race by five minutes and get picked up by Jumbo Visma after this race.” It means expressing yourself right down the middle, something like, “I’m pretty good! I belong here because I’ve worked hard to be here. I’m going to go dumb hard and surprise some people.”

The problem with pretending you’re not all in when you are is that it handicaps you. Mentally, you’re giving yourself an out, and if you have an out, it’ll change what you do when things get hard in a race and negatively influence your actions outside it toward your potential.

"Your thoughts aren't that powerful, though."

Wrong. Your thoughts orient your reality and direct your actions. If your consistent schtick is ‘I don’t really care about biking fast’ even if you think you’re doing everything else someone would do if they did care with the added luxury of preserving your ego should you fail, you’re not. Your irony makes you less committed. You’re not as good as you’d be if you were unapologetically all in. That can be the difference in a sport where seconds can make all the difference.

You don’t have to be loud about it, but instead of becoming a sheep and trying to hide your effort in irony, own that you’re trying. Honor your work by not apologizing for it. Not only will you not add to the circle-jerk of peacocking snark on the internet, but you’ll also perform better when you’re not pretending you don’t care.

It’s OK to take yourself seriously. 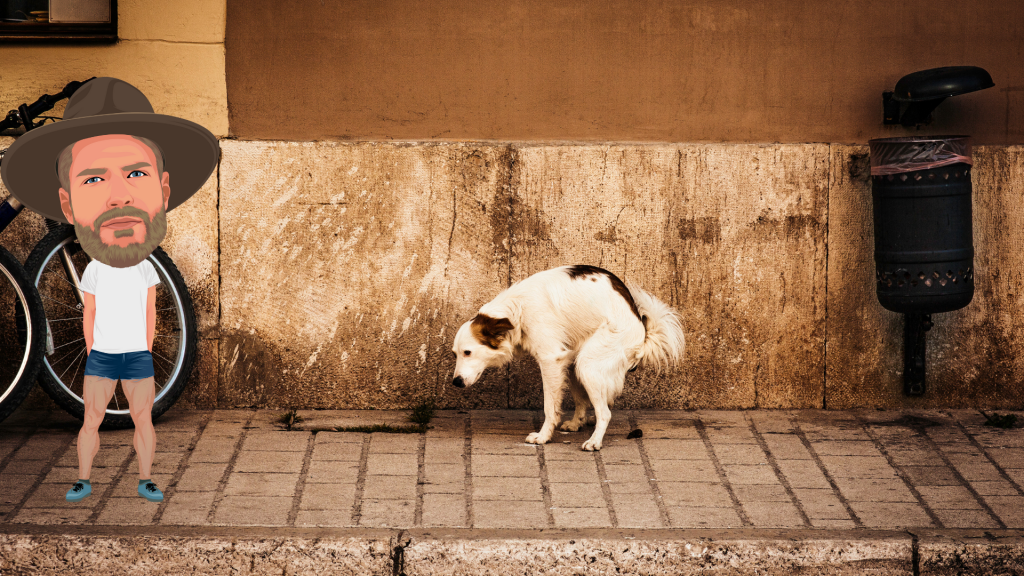 Most Americans are a mess. But since most are, we call that normal.

Imagine if an activity promoted better eating habits, weight loss, improved cardiovascular ability, strength, decreased drinking and drug use, being outside, not being on a screen, something to strive towards, and social.

Now imagine shitting on that activity because the activity:

What the hell am I talking about? What is this activity? Gravel Racing.

Here’s the article that prompted this rant. It makes many interesting, well-researched points about gravel racing and had me nodding along with paragraph after paragraph until its conclusions veered from an even interpretation of data to the wild, snarky hot takes of a troll.

His insights about gravel racing were less interesting than figuring out why he bothered to write the piece in the first place, especially because his conclusions are so cynical. 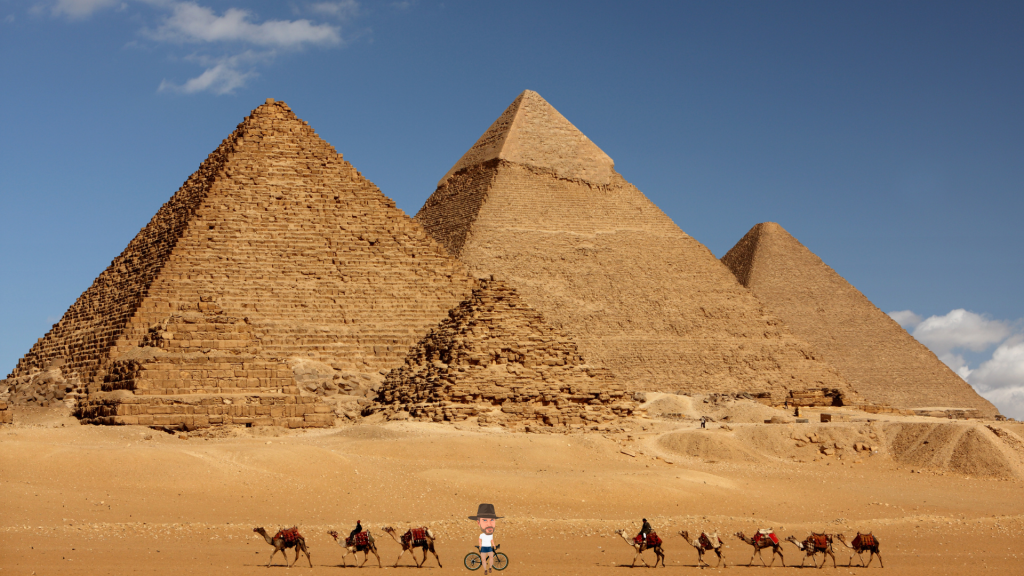 In other words, humans need and instinctually form hierarchies. It doesn’t matter what group or interest you have – knitting forums have some of the most passive-aggressive group dynamics everywhere – as soon as there’s more than one person, people find ways to differentiate themselves from others and establish a pecking order.

In the cycling world, cycling performance, by and large, determines the hierarchy.

But what if you’re not fast and into cycling? How do you preserve or increase your status in the hierarchy? You have three options:

Which options do you think most people choose?

If you chose option one or two, you’re right. The vast majority of cyclists in the cycling hierarchy ironically compete while sharing snark on social media with an imaginary audience. It’s perfect – no matter how slow they are, it doesn’t matter because they were never really trying anyway and besides, look at how many people liked my clever shit posting on my Instagram meme account about Quinn Simmons!

What’s wrong with that? Well, nothing – this is America; it’s a free country.

BUT – if you value the cycling community and want its culture to strengthen, appeal to more people, and change more lives, then we need way, way fewer people mashing options one and two and way more picking option three.

Because at scale, thousands of people spending enormous amounts of time and money to do events they’re pretending not to want to do well at while spending an equal amount of time trying to be clever online makes a shitty, unappealing, uninviting, toxic cycling culture.

Remember the average American I described? Wouldn’t the world be significantly better if even a fraction of those people improved their health, got outside, pushed themselves, and met like-minded people because of gravel cycling?

Yes, the world would be a better place.

But what if these new potential cyclists were researching gravel and they come across some bitter, edgelord shit like ‘The Death of Gravel Cycling,’ which informs them that this new, exciting, positive thing they might do with their lives is dying, inherently flawed, expensive, pointless, oh and by the way you’re slow, not really a competitor. You’re better off just riding from your house and getting shitfaced at the bar. What would their takeaway be?

Don’t try. Do something else.

Here is another modest proposal: If you're riding, you're doing it right.

Does gravel cycling make you…

Do you know what’s really neat? Honestly, striving, irony-free. Caring about something. Trying to better yourself.

Forget what the sneering, judgmental arbiters of cycling think. You don’t need to apologize for not ‘doing it right’ or ask for permission from some bloggy edge lord.

Go ride your bike, sign up for that event that excites and scares you, get your friends to go, train hard, have fun, and watch your life change. 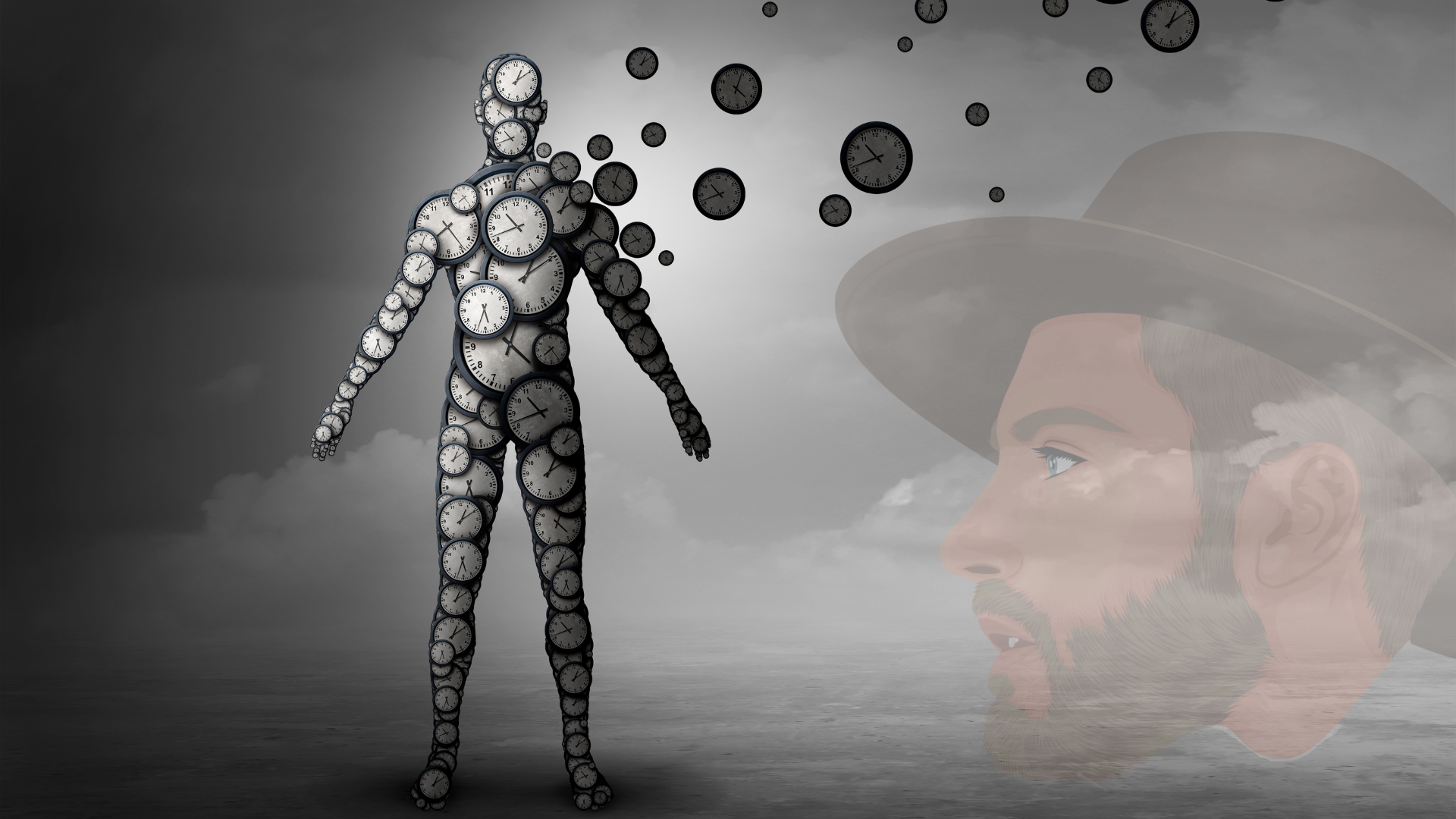 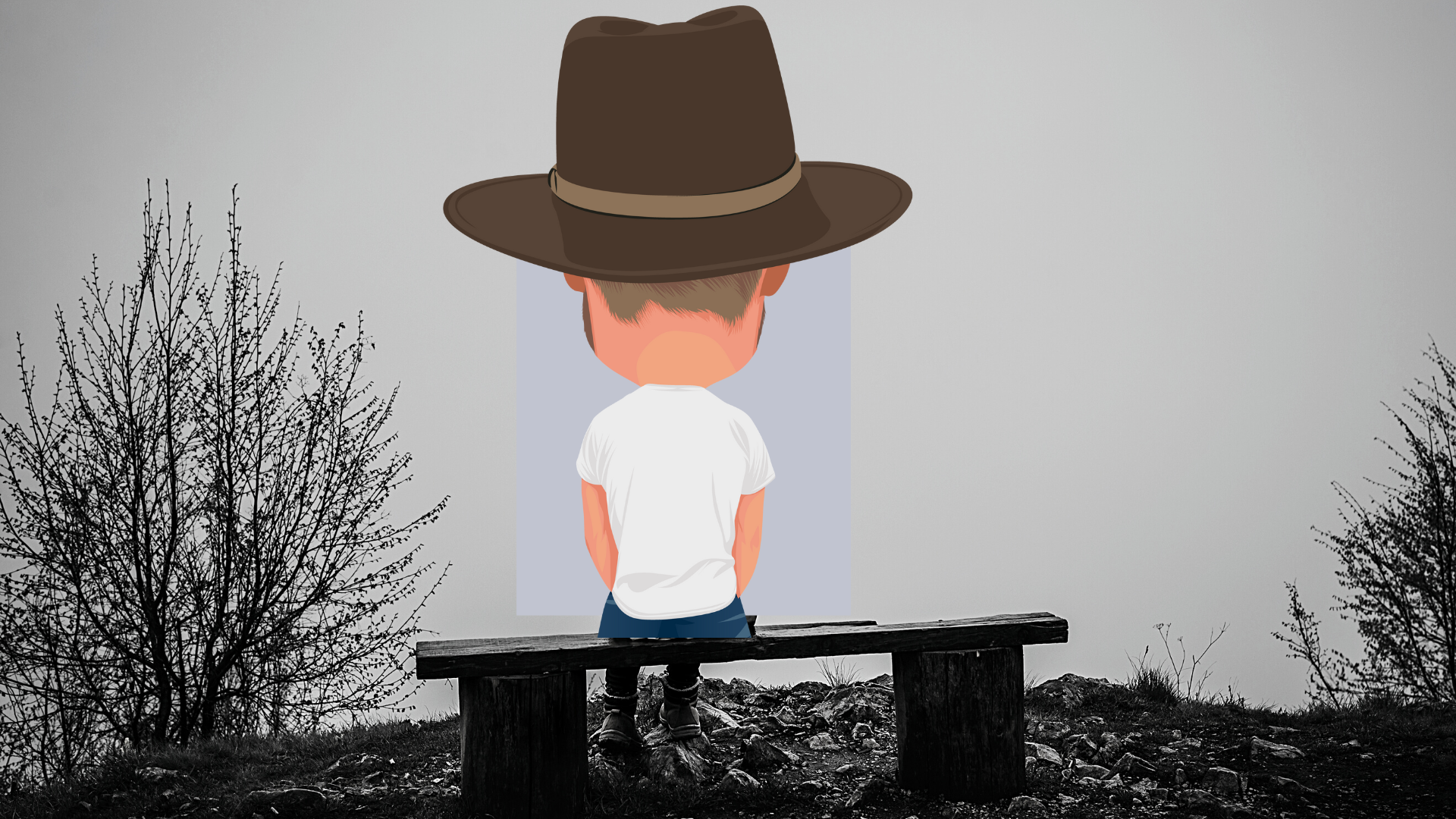