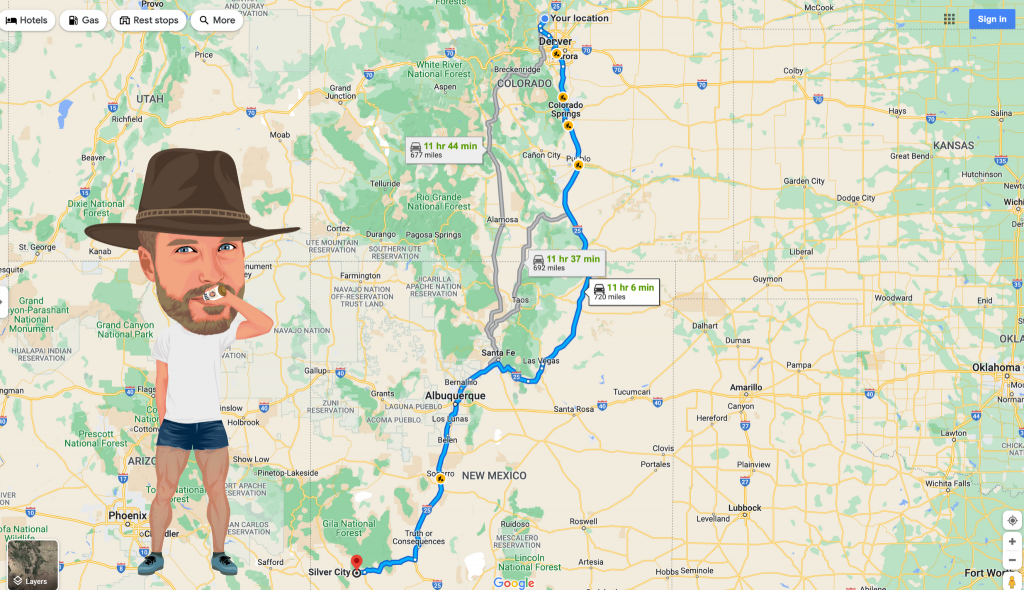 After the race, we drove from Silver City to Albuquerque, New Mexico, where my mother-in-law lives.

After somehow fitting everything I brought for a two-week stage race, everything needed to keep children alive, five people, and a dog into the Subaru Ascent with room for a 6-pack, I drove over Emory pass, one of the most treacherous, twisted mountain roads around, through Hillsboro, and North up I-25 into the smoky New Mexican night on a 40 oz diet coke and the promise of a Chipolte Steak bowl waiting for me when we arrived.

“Sometimes, if my ladybugs aren’t moving, I shake their home to get their attention.”

Hadley, who spent a good chunk of every afternoon hunting ladybugs, plucking them from the wilds of Silver City, and caging them inside an empty Costco jar.

“Do you want the rest of this apple?”

My wife hands me a half-eaten apple covered in dog hair.

Lars singing his favorite road trip song. At least we didn’t have to answer him.

“What is that person doing? She’s just moving straight into us!!?”

After driving for 500 miles, some idiot in a Toyota Camry incapable of checking their blind spots changes lanes without merging and almost forces us into the median at 45 mph. Good thing I was paying attention.

Even by bathroom gas station standards, the bathrooms at gas stations were something to behold. I regretted not having an N95 and rubber gloves on me at every stop.

Travel races are intoxicating, especially when you have a few good results. Maybe I’m alone in this, but after the last stage is over, my mind races through everything I did wrong, how I could do better, replays race moments, and starts plotting toward future races, craving higher highs.

The highs wear off with the adrenaline. Life reasserts its priority over two weeks of focusing on nothing but bike racing. The fatigue I hadn’t noticed piling up on my nervous system releases as the days ahead unfold without the specter of more bike racing. My inbox and task list cast a dark shadow over the coming days and weeks. Welcome back to reality.

The danger is not letting go of that acute Stage Race feeling. Your body needs rest, your mind even more. Your routine, your day-to-day, the thing you’d achieved enough space from in your travels to forget, awaits. Instead of trying to extend your travel race highs, just let go and put all that energy into the reentry to your routine – that’s where your effort can serve you.

I raise this thought because many of you have big travel races on the calendar. There’s a good chance you’ll it’ll go well, you’ll be riding a post-race high, and, if you chase it, miss out on an opportunity to use the space from your routine to create a better routine that fosters superior outcomes.

Your routine is your life. It may not feel like it, but you are what you repeatedly do, and if you’re doing something every day that’s not serving you, it’s an emergency; it’s not something you can address later on.

When you’ve had some space from it, as you do when you travel race, use that opportunity to take a hard, ruthless look at what you repeatedly do. What’s moving you forward? What’s holding you back? Do it then, because once you’ve been back for a few days, your routine normalizes, and you won’t notice. 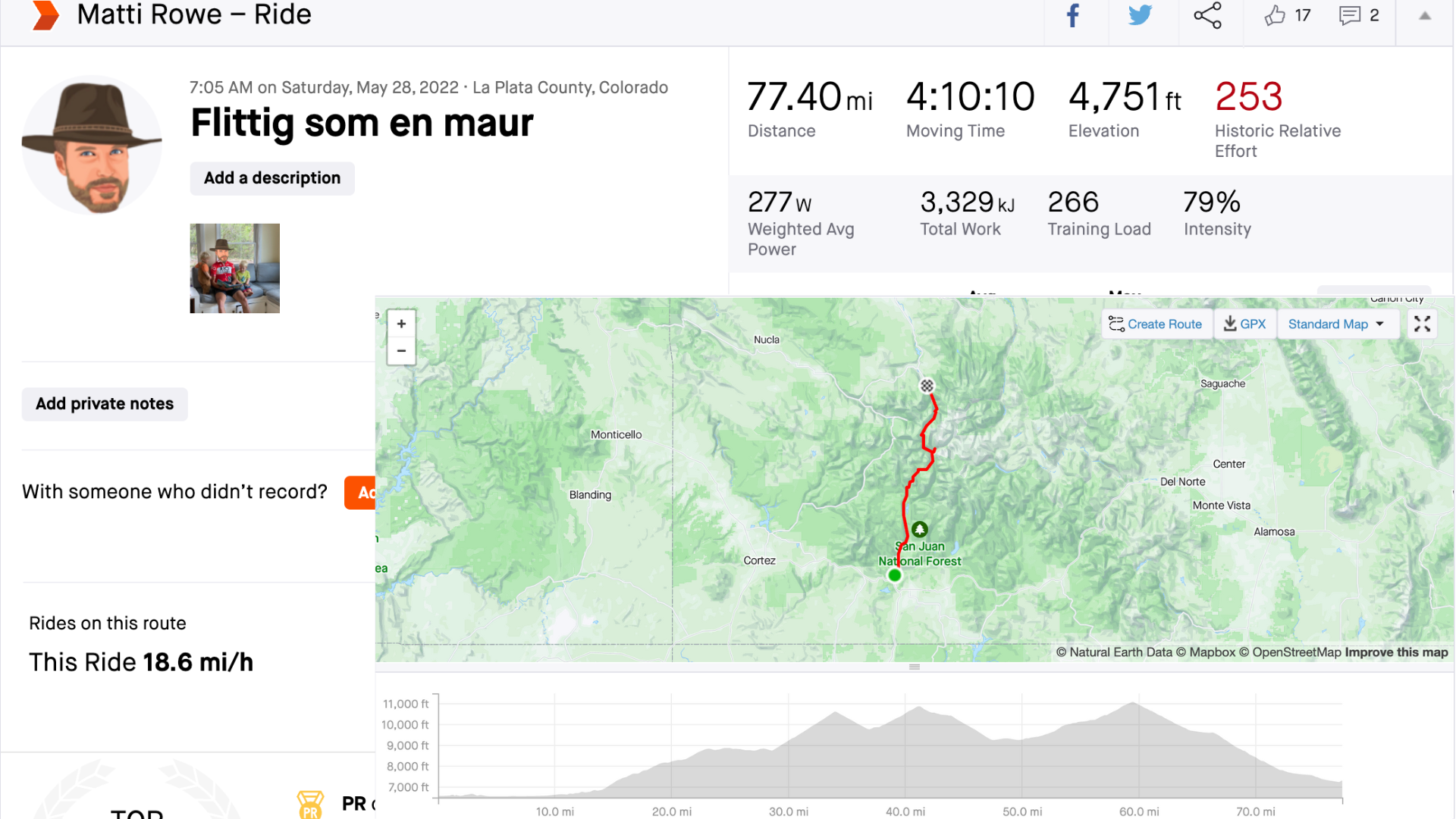